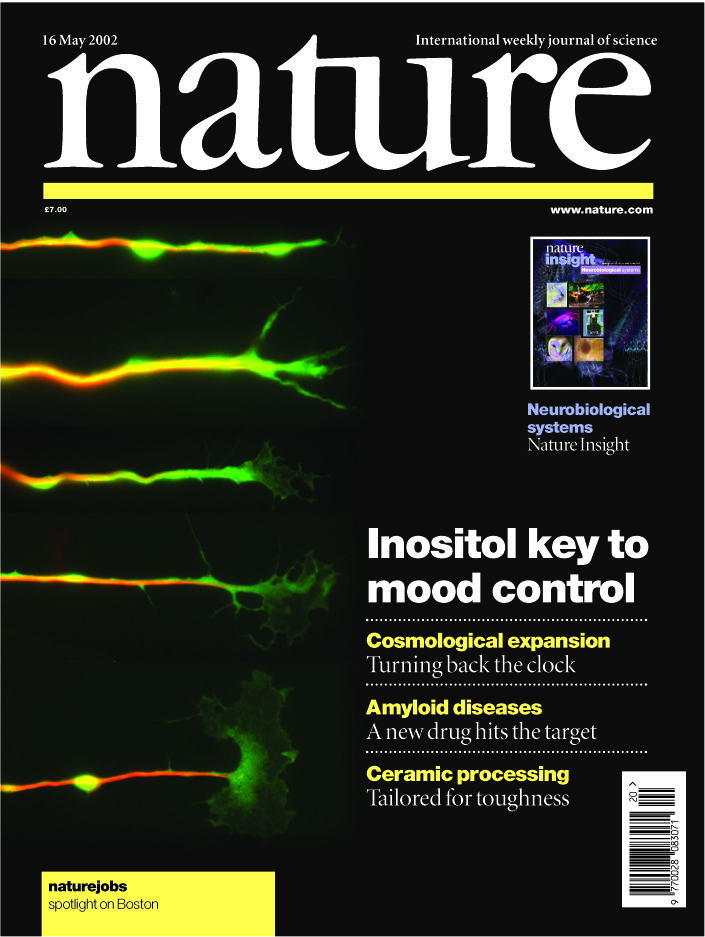 The latest scientific explanation of manic depression and bipolar brain chemistry was developed by Professor Anne Mudge, and her work was inspired by Benjamin Mudge’s idea of an “FM Compressor”. 20 years of research has led to an elaborate theory that explains many aspects of the condition, including which processes in neurons modulate along with mood swings, why the diagnosis of bipolar disorder is rising, and how lithium works to alleviate mania. This is an example of how collaboration between the subjective experience of bipolar people and the objective perspective of science can produce breakthroughs.

The theory developed by Professor Anne Mudge is that bipolar mood swings correspond to modulations in the frequency of the phospho-inositide turnover cycle in cortical neurons, and has been published in a series of academic articles that describe scientific data collected by Anne Mudge and various collaborators from 1999-2011, including this article on the cover of May 2002 Nature (see right).

The following diagram is taken from Anne Mudge’s and Adolfo Saiardi’s 2018 publication in Translational Psychiatry, called “Lithium and fluoxetine regulate the rate of phosphoinositide synthesis in neurons: a new view of their mechanisms of action in bipolar disorder.” As the cyclic process speeds up and slows down, mood swings up and down.

Unfortunately, Anne Mudge’s scientific discovery has not been widely understood amongst scientists and psychiatrists – which means they are not yet benefitting from having a theoretical framework for diagnosis and treatment. While the UK Medical Research Council funded all of her original work, Bipolar Disorder CIC is funding the education of the general public about the implications of her findings. This website intends to make this scientific information available and comprehensible to all.

Although people with bipolar disorder have suicidal tendencies and limited treatment options, we are usually excluded from ayahuasca ceremonies – and Psychedelic Science research too. Given the anecdotal and clinical evidence indicating ayahuasca’s efficacy for treating depression, my PhD questions whether ayahuasca is safe and effective for treating bipolar disorder. 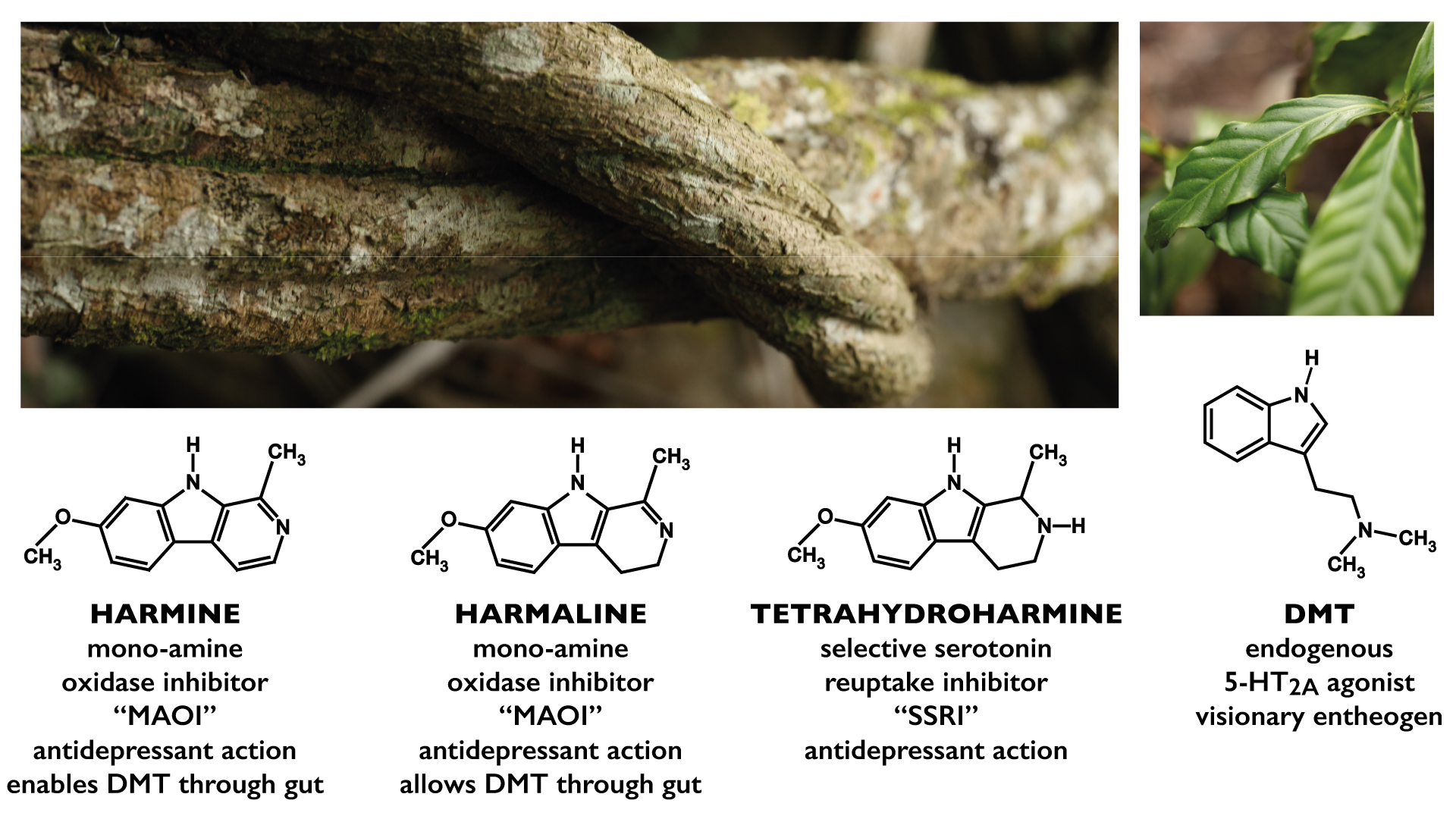 There is valid concern that ayahuasca would worsen manic/depressive symptoms in people with bipolar disorder, because most antidepressants and psychedelics do so. Having collected qualitative data from 75 bipolar people who have drunk ayahuasca, I acknowledge numerous cases of bipolar people becoming manic after drinking ayahuasca. But detailed analysis indicates that many of these are false negative results, and that the real majority of bipolar people have therapeutically positive experiences with ayahuasca. I explain these contradictory results by deconstructing the set and setting of ayahuasca ceremonies, as well as deconstructing the tea itself. Having cross-referenced chromatographic and autoethnographic data from various samples of ayahuasca, I conclude that the crucial determining factor for people with bipolar disorder is the cooking technique, because cooking variations affect the ratios of ayahuasca’s 4 psychoactive ingredients.

I will also present my theories about the receptor binding times of 5-TH2AR agonists, Peganum harmala substitution, ayahuasca fermentation, the interaction between DMT and SSRIs, and tetrahydroharmine oxidization. These theories provide scientific feasibility for my assertion that ayahuasca can be medicinal for people with bipolar disorder.

I am developing an ayahuasca ceremony protocol that is tailored for bipolar brains, and I invite bipolar people to be included in Psychedelic Science.

Lithium is a natural trace mineral that was discovered to alleviate mania by Australian psychiatrist Dr John Cade in 1948. Lithium salts have the most evidence for efficacy and safety of any medication for bipolar disorder, but they also cause toxicity at high doses. 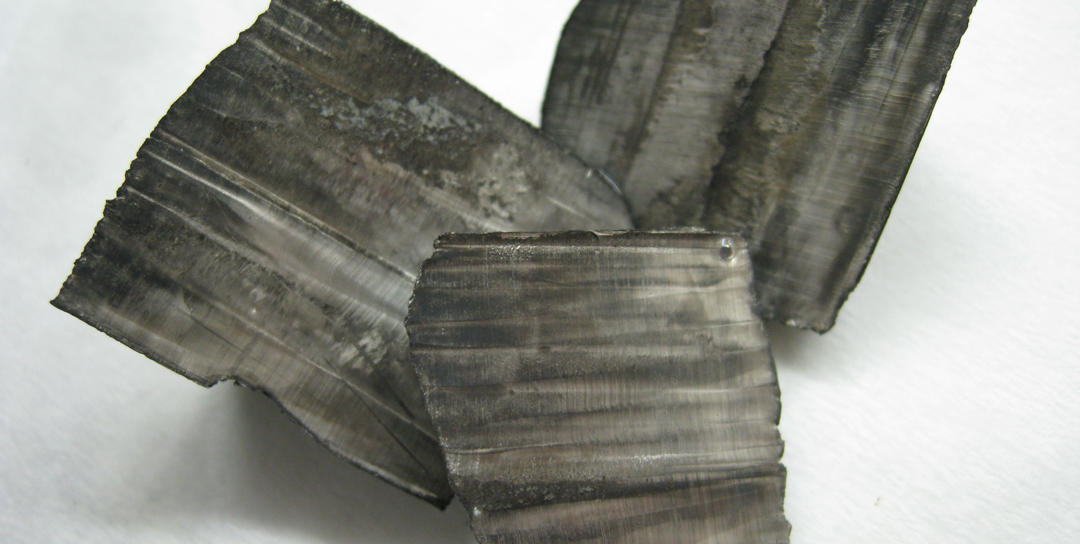 Lithium salts are absorbed differently by each individual person’s digestive system, which makes it difficult to predict how a particular dose will become a desired blood concentration of lithium ions. The concept of a “therapeutic window” of lithium blood concentrations is used in psychiatry, based on the assumption that lithium blood levels below the window are ineffective, while blood levels above the window are toxic. Bipolar people taking lithium are required to have regular blood tests to monitor their blood levels, with the aim of maximising therapeutic value while minimising toxicity. But the blood levels promoted by psychiatrists are believed to be too high, and too toxic, by many bipolar people. This is an example of why subjective knowledge needs to be considered alongside objective scientific results. Furthermore, psychiatric policies about lithium dosage are based upon experiments done decades ago, with questionable methodology: perhaps the experiments should be done again, with bipolar people’s subjective opinions taken into consideration? Bipolar Disorder CIC intends to conduct quantitative experiments and qualitative interviews to determine an optimum blood level for lithium in the treatment of bipolar disorder.

Another question which Benjamin Mudge asks is “which form of lithium is the least toxic?” Lithium is a positively charged ion that combines with various negatively charged ions to make stable salts that can be turned into a pill. Lithium carbonate is the most common lithium salt used in psychiatry, and other types include lithium citrate, lithium orotate, lithium aspartate, lithium acetate, lithium sulphate, and lithium gluconate. Each of these has unique absorbency and, perhaps, unique toxicity too. 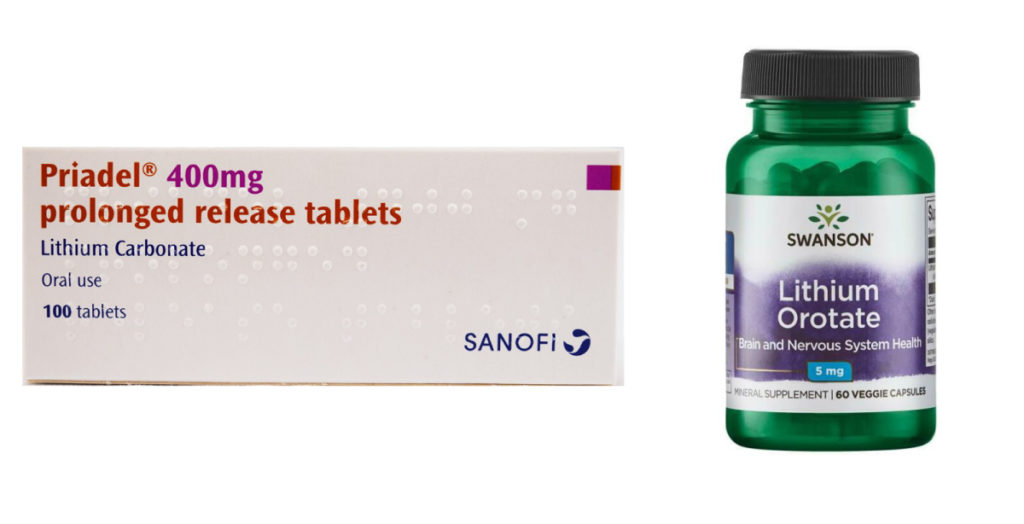 All forms of lithium salts have fallen out of favour in psychiatry in recent years, largely because of concerns about toxicity and the practical difficulty of blood tests. Meanwhile, the pharmaceutical industry is promoting their novel antipsychotic drugs in the treatment of bipolar disorder. However, these novel antipsychotic drugs have significant side effects that many bipolar people experience as even worse that lithium side effects. Critics of the pharmaceutical industry cite the facts that lithium salts are no longer profitable because their patents have expired, while their novel antipsychotic products are still in patent and are generating massive profits: perhaps profit is influencing psychiatric policy. Either way, a reappraisal of lithium salts is called for: especially if a new lithium protocol involved less toxicity.

Bipolar Disorder CIC is committed to scientific research and informed recommendations that are in the interests of bipolar people, not industry profits.

The common problem of doctors and psychiatrists not being able to accurately determine whether a patient is bipolar, could be avoided if bipolar people had access to an accurate diagnostic tool directly. Bipolar Disorder CIC is building a “do it yourself diagnosis” facility that will be published on this website page once we have raised the funds to complete the project.

This initiative addresses the ongoing fact of common misdiagnosis of bipolar disorder that result in bipolar people being prescribed inappropriate pharmaceutical drugs which worsen their condition, often triggering manic episodes that land bipolar people in hospital or under Police arrest. The induction of manic episodes by prescribed SSRI and SNRI antidepressant pharmaceuticals has been documented for over 30 years, but GP doctors and psychiatrist continue to make the same old mistakes. If bipolar people, together with their families and friends, are not educated, then they are dependent upon medical professionals to actually act professional and be properly educated in diagnostic criteria and prescription strategies. Unfortunately, too many medical professionals continue to make mistakes with diagnosis and prescriptions that have hugely negative consequences for bipolar people’s health, finances and liberty… while the medical professionals usually have no consequences to deal with. This is what happened to Benjamin Mudge, the founder of Bipolar Disorder CIC, which is why he feels motivated to solve this problem.

The aim of the DIY Diagnosis website will be for people who are questioning whether or not they have bipolar disorder, to get an accurate answer by answering a detailed questionnaire that is informed by both the DSM-5 and the ICD-10 psychiatric textbooks. We hope that the accuracy of answer will be higher than the standard of diagnosis provided by doctors who have too little education and too little time to ask enough questions during a rushed appointment. This resource will be made freely available to the public, saving the considerable expense and long wait times associated with consulting a psychiatrist. We hope that bipolar people will be steered in the correct treatment direction by this resource.

Most illnesses are treated according to internationally recognised protocols, and there is not much flexibility in what doctors are allowed to prescribe: the Hippocratic Oath that doctors swear upon graduation, “to do no harm” requires them not to prescribe drugs which makes patients sicker. But bipolar disorder does not have a consistent treatment protocol, and doctors commonly prescribe particular pharmaceutical drugs which are documented to consistently induce mania: for example, SSRI antidepressants such as fluoxetine (marketed as “Prozac”) and SNRI antidepressants such as venlafaxine (marketed as “Effexor”) have been documented to induce mania in bipolar patients, but many GP doctors and psychiatrists prescribe them regardless of the dangers. The phenomenon of mania induced by SSRI-induced mania has been discussed in academic journals for over 30 years, but there has not yet been any legal nor professional requirement placed on psychiatrists and GP doctors to perform adequate diagnostic testing to distinguish between unipolar and bipolar types of depression, nor to warn about the risks of bipolar people taking SSRIs. If a doctor’s professionalism would be questioned if they prescribed sugar to diabetic patients, why are the same old problems of SSRI and SNRI drugs for bipolar people being repeated?

Bipolar Disorder CIC is developing a protocol for the prescription of pharmaceutical drugs that is optimised for bipolar people, based on an unbiased review of academic literature on the topics, rather than response to marketing campaigns by the pharmaceutical industry.

For example, lamotrigine (marketed as “Lamictal”) has been demonstrated to be much less likely to induce mania, and be more effected as an antidepressant, than SSRI and SNRI drugs. The combination of lamotrigine with lithium carbonate, while avoiding alcohol, tobacco and cannabis is proposed as an effective medication protocol. This protocol will be developed and published free online.

Educating the public about diagnosis and treatment

This website will become a resource of accurate and valuable information for the public, about manic depression and bipolar disorder, as well as the treatment options and lifestyle choices which are available.

Too many mistakes are being made by doctors in the diagnostic process, and these mistakes are causing bipolar people to be given drugs that make their symptoms much worse, often causing patients to be forcibly hospitalised because of a doctor’s incompetence. Benjamin Mudge founded this company because of his own experience of being given the wrong medication and knowing that the same mistakes are happening twenty years later. Bipolar Disorder CIC will provide information that bipolar people, together with their families and friends, may be able to use to prevent misdiagnosis and dangerous prescription errors.

For example: common antidepressant drugs like fluoxetine (sold under the brand name “Prozac”) and venlafaxine (sold under the brand name “Effexor”) are known to trigger mania in many bipolar people, but these are often prescribed to bipolar people regardless of the dangers. This is happening because (1) doctors and psychiatrists are not adequately aware of the distinction between bipolar disorder and depressive disorder (in other words, the distinction between manic depression and depression); and (2) because there is no legal nor professional requirement for doctors and psychiatrists to follow a standard operating procedure. This problem could be avoided if bipolar people – or their families and friends – intervened in the prescription process and told the doctors the facts.

You can support the work of the Bipolar Disorder Community Interest Company with Visa, Mastercard, American Express, Bitcoin or PayPal. All donations will be used according to the not-for-profit company constitution, and will be greatly appreciated. Click here for more information.